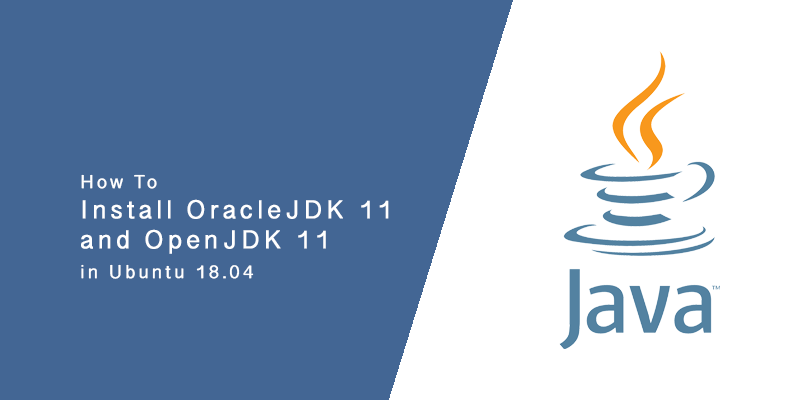 In this tutorial, you will learn how to install Java SDK 11 on Ubuntu 18.04, with instructions covering both Oracle JDK and OpenJDK.

The default JDK (Java Development Kit) and JRE (Java Runtime Environment) for Ubuntu 18.04 is OpenJDK. Starting with this release of the SDK, this is the preferred one for anyone not running enterprise licenses.

With the release of Java 11, Oracle decided to make a major shift in their licensing. Prior to Java 11, anyone could run Oracle JDK freely and it was the most popular choice as a result.

With the new license, a commercial license is required to any application on OracleJDK. Thankfully, OpenJDK is now nearly identical to OracleJDK, due to efforts from Oracle and major contributors to the open source project.

As a result of the changes to OpenJDK, it is now the preferred JDK to develop and run applications that will not need the enterprise support from Java.

For those running Ubuntu 18.04 with a desktop graphical interface, the standard installation will suite your needs. Headless, on the other hand, is specific to servers without a graphical desktop installed.

What separates standard from headless is the latter has had all of the graphical interface libraries removed, as they wouldn’t be needed to begin with. This allows for a much smaller installation footprint, and is ideal for running Java applications in containers.

To install OpenJDK, you may use one of the following commands.

To install the headless package of OpenJDK, run the following command.

Alternatively, the Java Runtime Environment can be installed rather than the full-blown Java Development Environment.

And for the headless variant of the JRE

Starting with this release of the Java JDK, a paid commercial license is needed for running any applications.

The OracleJDK package for Java 11 is no longer made freely available from Oracle. However, Linuxuprising has added the installation package to their PPA, though as this isn’t an official channel you are best to work with Oracle to gain access to the packages in an enterprise environment.