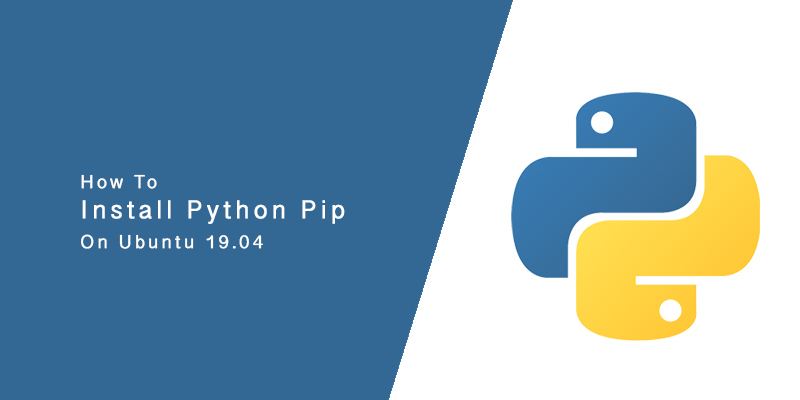 Pip is a package management system for Python that allows you to install and manage software packages written in Python. Very similar to apt on Ubuntu and Debian, or yum on Red Hat and Centos, with the exception that it is purposely built for the Python community.

Python Pip is available from the Ubuntu 19.04 source repositories, and it can easily be installed without additional work. The version available for Ubuntu 19.04 is 18.1.

Much like with Ubuntu 18.04 there are two versions of Pip supported in the source repos — Pip for Python 2.7 and Pip3 for Python 3. The latter is the recommended version, as the former will be deprecated in the near future.

To install Pip for Python 3, run the following command.

To install Python Pip for Python 2.7, use the following command.

An alternative to installing Pip from the Ubuntu Apt repository is to run an installation script provided by pypa.com. This is useful for distribution that do not have Pip available in their package manager, or when you want more installation options.

Apt will not be aware of Pip when installed using this script. If Pip is already installed via Ubuntu’s package manager, installing it again using the installation script could put your server into an inconsistent state.

Pip is capable of updating itself using the pip install command. When executed, Pip will look for an updated version of itself and then install it.

To install a new package using Python Pip, the pip install command is used with the name of the package to be installed.

For example, to install Ansible through Pip you would run the following command.

Packages are frequently updated, and to ensure you are running the latest version that fix bugs, security vulnerabilities, or add new features, you use the pip install command with the -U flag.

For example, to update the Ansible package you would run the following command.

To uninstall and remove packages from Ubuntu 18.04, the pip uninstall command is used.

For example, to uninstall the Ansible package from Ubuntu 18.04 you would run the following command.

To show detailed information about a package that is installed on the server, the pip show command can be used. Included in the output of this command is the package name, version, a short summary, and a dependency tree.