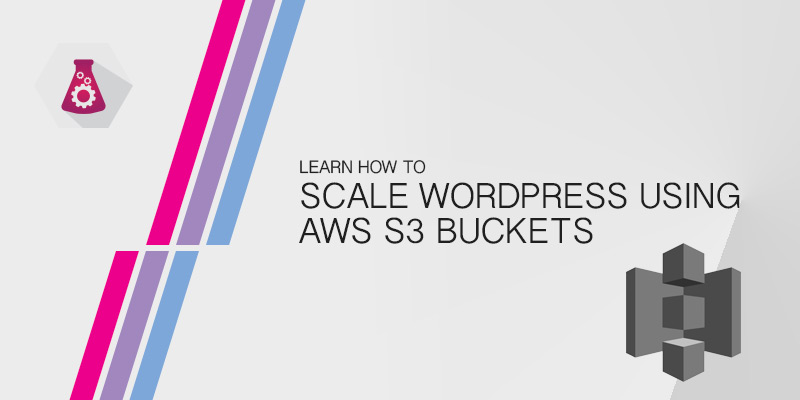 This tutorial will show you how to mount an S3 volume onto multiple WordPress servers. Doing so will allow you to scale your site across multiple servers, increasing the number of traffic it can receive and offering high availability.

Expanding your WordPress site to two or more servers elements the risk of there being a single-point of failure. This means your site will remain online when a server goes offline.

Amazon’s S3 storage, also known as Simple Storage Share, allows you to upload files to a single point that can be shared with multiple targets. If you are familiar with NFS or Windows Shares, it’s a similar concept.

Mounting an S3 volume to all of your WordPress servers we can ensure they all have access to the same content. No need for setting up complicated RSync scripts that could fail or be out of sync. Any media upload to S3 via WordPress is immediately available to all other WordPress servers.

Weighing the Cost-Benefit of S3

S3 isn’t free. You will be charged based on the amount of storage your or consuming and by how much data is transferred.  Thankfully, S3 is relatively inexpensive. This is especially true when compared with running your own file server to host shares.

Having to stand up another server to offer NFS or Windows File Shares would be considerably more expensive than having an S3 volume. The other downside is having to maintain the server, ensuring it has the latest patches, for example.

By standing up your own file server you add more risk and complexity to your infrastructure. You have created a file share to increase your site’s capacity and availability, but what happens when your single file server goes offline? Depending on what you place on that file server, you may lose access to just your uploads or your site will be offline from losing your theme, as well.

Before following along with this tutorial you will need the following.

Mounting S3 To Your Server

We cannot simply mount an S3 volume to our server. Ubuntu or CentOS, for example, wouldn’t understand how to mount that volume type. We will first have to install a package that enables S3 support. After we install it we can begin mounting the volume across all of our servers.

The S3FS package allows us to mount S3 volumes. The following instructions will show you how to install it onto your Linux server.

If you are running Ubuntu 16.04 or higher, you simply install the package from the official Ubuntu repository. Keep in mind you will not be running the latest, most bleeding edge version.

If you would prefer running the latest version or running a very specific version, you can compile the package from source following these steps.

CentOS and Red Hat are a little more involved. You will have to download and compile the package from source. Don’t worry, it’s really simple to do following these instructions.

In order for us to connect to an S3 share we will need to configure S3FS to use our AWS credentials. Rather than using a username and password, we use the more secure approach of a secret and a key.

Do the following on each Linux server.

Add Mount to FSTAB and Mount the Volume

We’re finally ready to create a persistent mount of our S3 volume. Before you continue you need to decide what you want shared between WordPress servers.

Based on your decision you will need to do the following to mount the volume. If you already have content in the WordPress directory you want shared with all servers, backup it up now. You can then restore to your S3 volume after we’ve mounted it.